IT Defense In Depth Part I 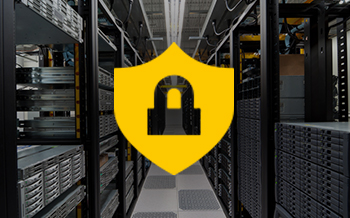 In the 1930s, France built a trench network called the Maginot Line to rebuff any invasion. The philosophy was simple: if you map out all the places an enemy can attack, and lay down a lot of men and fortifications at those places, you can rebuff any attack. The problem is, you can’t map every possible avenue for attack.

What does this have to do with IT security? Today many business owners install an anti virus program as their Maginot Line and call it a day. However there are many ways to get into a network that circumvent antivirus software.

Hackers are creating viruses faster than antivirus programs can recognise them (about 100,000 new virus types are released daily), and professional cyber criminals will often test their creations against all commercially available platforms before releasing them onto the net.

Even if you had a perfect anti­virus program that could detect and stop every single threat, there are many attacks that circumvent anti­virus programs entirely. For example, if a hacker can get an employee to click on a compromised email or website, or “brute force guess” a weak password, all the antivirus software in the world won’t help you.

There several vulnerabilities a hacker can target: the physical layer, the human layer, the network layer, and the mobile layer. You need a defense plan that will allow you to quickly notice and respond to breaches at each level.

The physical layer refers to the computers and devices that you have in your office. This is the easiest layer to defend, but is exploited surprisingly often.

Here are a few examples:

For the physical layer, you need to:

Next time in Part II we will talk about the human and network layers of security.

There are some things that only people can fix. There are many security risks to which your data is susceptible, but there is one method that remains a wonderfully effective hacking tool.That is the phishing scam. This is a legitimate looking email that asks the reader to click on a link. If clicked, the link can infect the user’s computer with malicious software that can steal passwords, logins, and other critical data. Alternatively, the email appears to be from a legitimate source, perhaps even duplicating a legitimate webpage. The distinction is that the phishing email asks the user to enter personal information, including pass codes. In either case,that is how hackers easily get into your systems.

What’s the best defense against this one? The single biggest defense is education. Training your people to be constantly wary of all the emails they receive. One way some firms are educating their people is by sending out their own “fake” phishing scams. Employees who click on the link inside are greeted with a notice that they’ve fallen for a phishing scam and then are offered tips how not to be fooled in the future. Think of it as the hi­-tech version of Punk’d.

You may not be ready to go that far, but it is important to provide ongoing training to all of your staff about phishing scams. Your staff are all critical factors in your data security plans.

What is Ransomware and How Can it Affect Your Business? 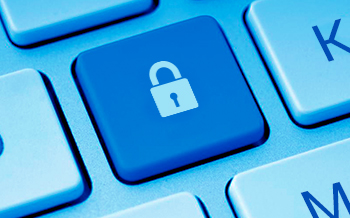 This cyber attack scheme hasn’t garnered nearly as much attention as the usual “break-in-and-steal-data-to-sell-on-the-Internet version,” but it can be even more debilitating. Ransomware attacks have begun appearing in the last few years and its practitioners are so polished that in few cases they even have mini call centers to handle your payments and questions.

So what is ransomware? Ransomware stops you from using your PC, files or programs. The business model is as old as the earliest kidnapping. They hold your data, software, or entire PC hostage until you pay them a ransom to get it back. What happens is that you suddenly have no access to a program or file and a screen appears announcing your files are encrypted and that you need to pay (usually in bitcoins) to regain access. There may even be a Doomsday-style clock counting down the time you have to pay or lose everything.

Interestingly, one of the more common “market segments” being targeted in the US has been public safety. Police department data is held hostage, and in many cases, they have given up and paid the ransom. They had little choice. They aren’t the only ones. A hospital in Southern California also fell prey, as did one in Texas.

Ransomware can be especially insidious because backups may not offer complete protection against these criminals. Such new schemes illustrate why you need to have a professional security service that can keep you up to date on the latest criminal activities in the cyber world. Talk to an MSP about possible protections against ransomware.

Data Breaches are a Question of When, Not If 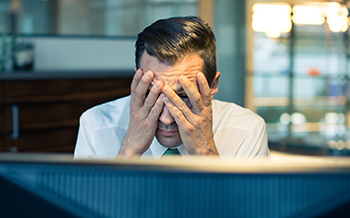 You hear on the news all of the time about big cyber attacks on large corporations, and even government agencies.The trouble with this news coverage is that is suggests a distorted view of where cyber attacks are taking place. These attacks are not solely hitting large organizations.Small firms represent a significant portion of those who face cyber attacks. Being small by no means keeps you immune. In fact, small firms can be used as conduits to larger organizations.That is likely what happened in the case of Target Corporation back in 2013

If you’re a small business, then you’re a target for cyber criminals. Last year, 71% of small to medium size businesses were the victims of cyber attacks.

Today’s concern is how you would respond to an attack. 31% of small to medium businesses do not have a plan of action for responding to IT security breaches, and 22% admit that they lack the expertise to make such a plan. A data breach is disastrous.

Your response determines whether it’s a survivable disaster. You need to have a statement for customers ready, (47 states require businesses to disclose data breaches), you need to be able to quickly access backups, and you need access to professionals with experience in disaster recovery and business continuity.

Skype for Business is a Game Changer for businesses

At the heart of great teams is great communication

We believe that the heart of productivity is great teamwork, and the heart of great teams is great communication. Productivity today is centered on conversations—sometimes a quick instant message or call, and sometimes a meeting planned in advance including voice, video and content sharing. Office 365 is a world-class productivity service that helps great teams to accomplish great achievements. At the heart of Office 365 Communications is the Skype for Business service connecting your teams with the experience they love, in the Office applications they use every day. With Skype for Business you can simplify your infrastructure with one platform for calling, conferencing, video, and sharing.

Click here for a page dedicated to Skype for Business 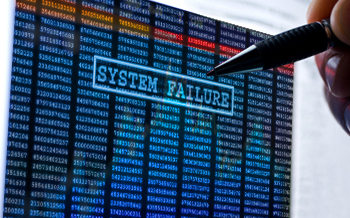 Hearing “all of your confidential information is extremely vulnerable, we know this because…” is bad news, but whatever follows the ellipses determines just how bad. Consider two scenarios.

Scenario 2 describes the statement after you have had a vulnerability test conducted. A vulnerability test is a comprehensive audit of security flaws that a hacker could exploit, and the possible consequences. This is the equivalent of a doctor giving a physical examination. This information will allow you to know what your risks are and plan your security policies accordingly.

Vulnerability tests should be conducted quarterly, and can be done by in-house IT or outside consultants. They should be done quarterly, or whenever you are incorporating new equipment into your IT network.

What is a pen-test: A pen-test is a simulated attack on a network to test the strength of its security. Usually, the pen-tester will have a specific objective (e.g. “compromise this piece of data…) A vulnerability scan tell you “what are my weaknesses?” and pen ­test tells you “how bad a specific weakness is.”

How often should you pen-test: Different Industries will have different government mandated requirements for pen ­testing. One of the more broad reaching regulations, the PCI DSS, for example, requires pen-testing on an annual basis. However, it is prudent to go beyond the legal minimum. You should also conduct a pen-test every time you have